Most of our guests arrive at our cottage by car, some on bicycles, sometimes we pick up somebody in town who arrived by bus ( and train from Copenhagen), but one evening this summer some 30 people arrived in a  Vikingship... men, women and children. They brought their own tents and it was a beautiful romantic evening with campfires and singing, children bathing. It was very special. And thanks to the supermarket in Horne, which delivered food and other necessary supplies down the beach, they could also stock up.
They came from the south of Jutland, they said, and had built the ship themselves. One of them had once, long time ago bought a self-built Viking ship from a group of boy scouts. The boy scouts never made it to Jutland, they sank for the coast of Lyø. The new owners of the ship gathered friends and relatives, formed the Kalvø Vikingeskibslag, and built a new ship: the Imme Sejr. It took them 2 years to build it, and now they were sailing it during their holidays.
The remains of Viking ships have been found several places in Scandinavia, even here on Funen, where a ship burial was found south of Kerteminde near the village of Ladby. Based on the information found in this grave, the museum is now building a replica which will be ready for sailing next summer.
In October we took visiting friends to see the nearly finished ship which is a very impressive piece of craftsmanship.
The Imme Sejr  is also built like the ship found in Ladby.
For more pictures of the Imme Sejr: www.toenderskibsslag.dk
and for the Ladby Museum: www.vikingemuseet.dk 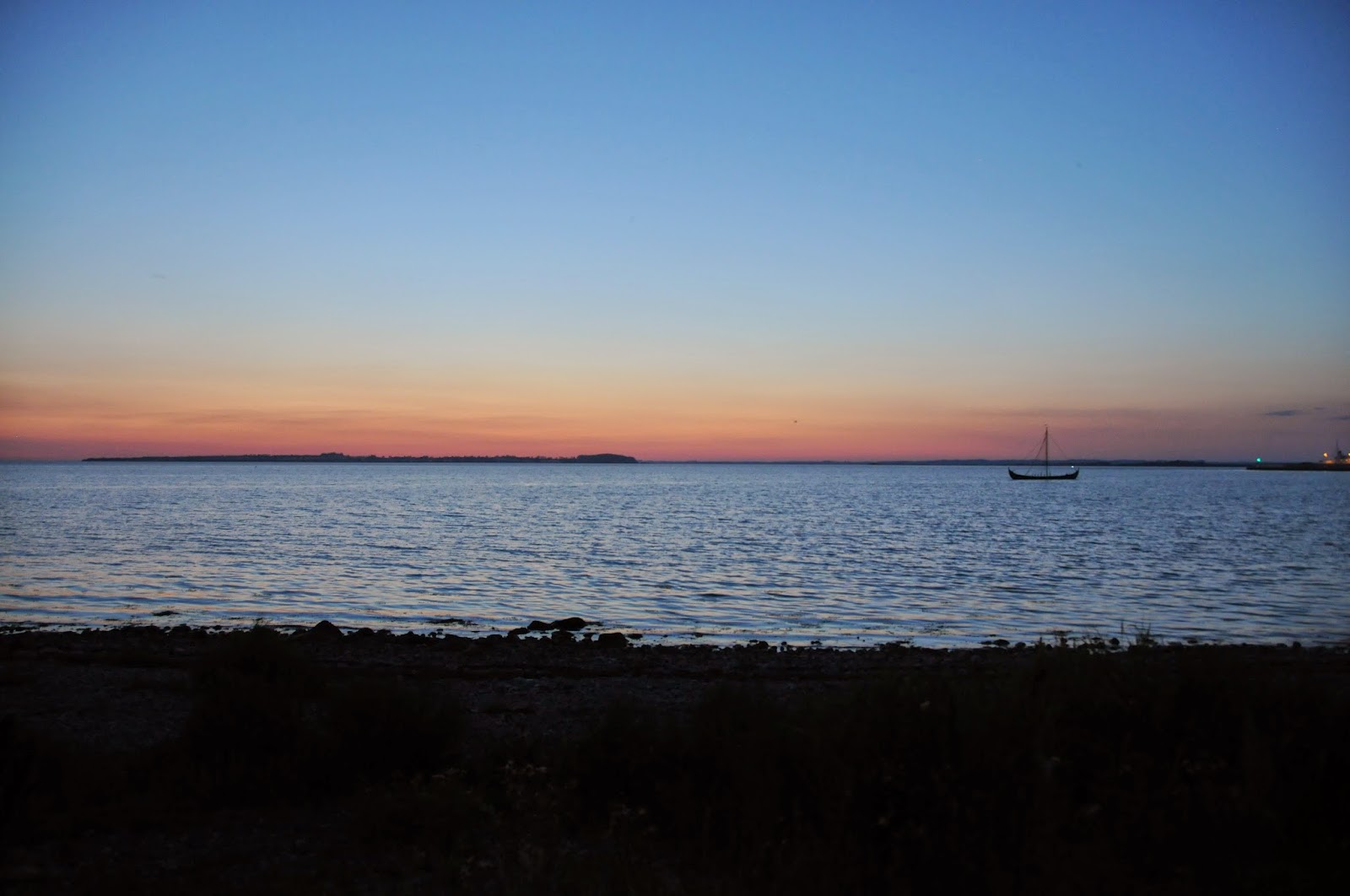